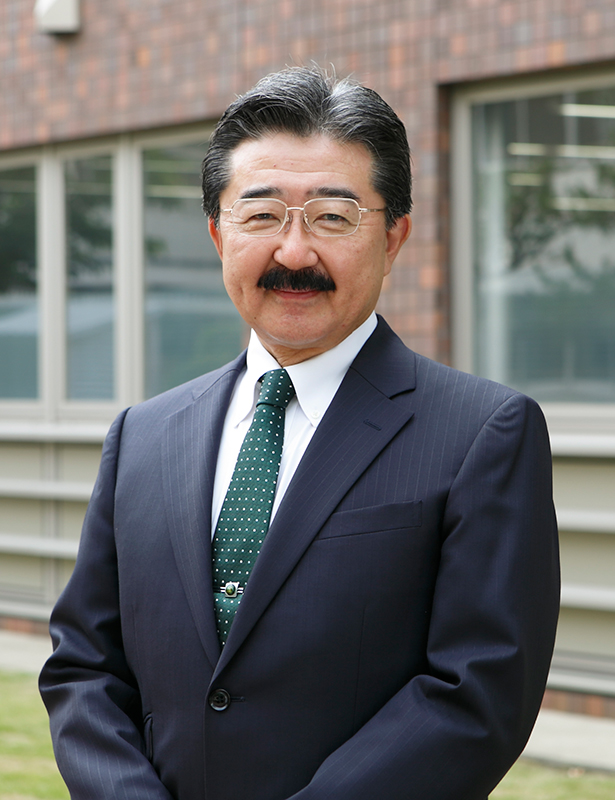 It is said that the world has flattened ＊1 due to the globalization of the liberal economic zone that began with the collapse of the Berlin Wall in 1989 and the development of information and communications technology. In only a quarter of a century, the world has become much more globalized and borderless. And so major changes have started to appear in the way of education in the world.

Since the Meiji Restoration, Japan has made progress by developing its own scientific and technological capabilities. We have contributed to the development of science and technology and the world economy through the twists and turns of the two great wars. At the same time, it also created a unique education system. We have maintained a high level of education in Japanese with our own textbooks.

However, the uniqueness of Japanese education is in contrast to the development of education in Asian countries in the midst of globalization, and it can be said that the country has fallen into the situation of domestic optimization, the so-called Galapagosization.

ASEAN countries, which were strongly influenced by the colonial powers before World War II, are eager to reform their education in response to globalization. They are establishing new education policies that are directly linked to national development.

Japan, on the other hand, looking at English education*2 as the basis of global standards, is distinct but it should be understood that education should be developed to foster the ability to respond to unknown societies, diversity, and to develop problem solving skills – and that delays in implementation are serious. It is even said that a gap of 20 years has opened up. We are in a serious situation which we must deal with seriously.

It is a question of problem-solving ability and the communication ability that supports it. As travel and stays across countries become more frequent and personal activities become more international in nature, personal communication skills that do not use AI, not to mention English language skills, will become increasingly necessary in public and private. In 2020, half of the world’s young people aged 18 to 22 will be English-speaking and Chinese-speaking. As literacy did in the past, English language ability will surely influence the path taken in life.

Furthermore, there will be changes in the workplace and careers. Society will definitely change with the spread of AI, robots and automation, and further development of communication technology. Even regular office work will change dramatically. We know it will happen. That being so, the school’s responsibility is to develop a solid ability to respond independently to new changes and the ability to be a pioneer in a given situation. The new view of scholastic ability does not deny the acquisition of knowledge, but it is a place where you can acquire skills that go beyond the acquisition stage and learn how to apply them.
What is required in the university entrance examination reform from 2020 is the same as this concept. In addition, even choosing a university will require*3 thinking of the world in terms of future prospects. The era when these things are normal will come.

Kanto Gakuin Mustuura has been preparing a new educational environment every day since 2014 after 60 years at Hakkei Kanazawa. This is to prepare for a future that is set to change beyond our imagination. Imagine 10 or 20 years later and think about tomorrow’s education. Sow the seeds of power to prepare for 10 or 20 years and grow buds. The education and environment are available. However, the philosophy of our education is based on a Christian spirit. Think of neighborly love and humbly know people’s weaknesses. Knowing this actually develops gentle and strong hearts. The lesson is “Be a person and serve”. What is at the root of learning is the spirit of constancy that will not be shaken in any era – an education that focuses on the things that should change along with the things that don’t change and gives you the power to meet the future. Mutsuura is developing an education that bends the path of learning towards the future.

* 1: “The World is Flat” by Thomas Friedman, translated by Takemi Fushimi, Nihon Keizai Shimbun, Inc. 2006
* 2: The first year of elementary school English education in Korea was 1997, in China was 2001, and Japan 2011
* 3 : After graduating from our school, the course design of “Going to Kapiolani Community College of Hawaii State University Organization, returning to Japan after completing an associate degree and transferring to Kanto Gakuin University for 3rd year” started in March 2019 (currently 3 years in high school) More subject, there are conditions to go to school)